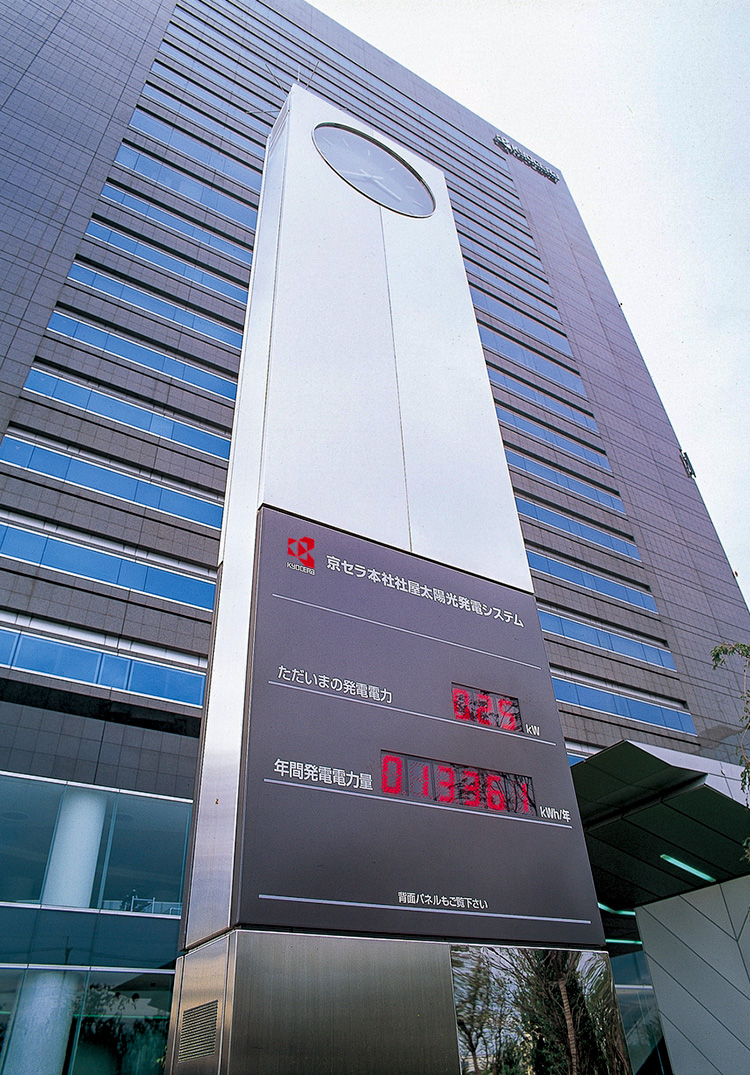 Nowadays, worldwide environmental issues such as the need to reduce carbon dioxide and prevent global warming are the focus of increasing attention. As a result, there has been a dramatic increase of interest in solar power generation as a truly clean energy source.

The Kyocera headquarters building in Kyoto, Japan is powered by 504 rooftop solar panels and 1,392 additional panels (approx. 1m2 per panel) located on 18 floors of the southern wall. The output of this system is among the world’s highest for systems installed on a vertical wall of a high-rise building.

The total capacity of the system is 214kW, with an annual output of 131,472kWh (actual results from April 1st, 2005 to March 31st, 2006). These numbers represent a reduction in oil consumption equivalent to 31,980 liters/year by a utility power plant, as well as a reduction in carbon dioxide emissions of 96t-CO2/year.

This system has been adopted as a joint research theme with NEDO (New Energy and Industrial Technology Development Organization), under the name of the “Solar Power Field Test Project for Public Facilities.”